Captain Skip Laney and Captain Brian Holaway did what they said anyone would have done in their position offer a helping hand.

“We were just doing what others would do . . . anyone else in that situation would have done the same thing,” Holaway said.

What started off as a normal day taking visitors and residents to Cayo Costa turned into one of adventure.

Laney said there was an empty sailboat in the middle of Pine Island Sound that left them both questioning the situation.

The captains had a full cruise with passengers that day, so they instantly created a plan that would ensure the safety of those on the boat, while checking out what looked to be an abandoned sailboat.

“I have the responsibility of 20 people and for what we see,” Holaway said, adding that they always have to have a backup plan in that type of situation.

The two captains began constant communication as they neared the sailboat. They eventually spotted an older woman in her 70s about a mile away from the small sailboat in Pine Island Sound.

“Every paddle she took, the boat kept going” in the other direction, Holaway said.

When you “see someone in the water you get them out,” Laney said of the woman who was wearing a life jacket. “She was pretty exhausted.”

As they neared the woman, the constant communication continued. Holaway gave the woman a rope, which she grabbed as he brought her around to the side of the boat where a ladder was dropped into the water.

Once she climbed onto the boat, they learned that she was not alone. Her husband, who was on the beach, found a private boater that helped tow the boat back in. The woman was left with her husband, as the passengers were taken back to the marina.

“The couple could not say enough good things about the captains and all they had done. I’m proud to nominate them as they are always professional, humble, and rarely share their heroic deeds with others. I believe their exceptional operational and leadership skills, combined with their quick thinking and compassion, very possibly saved this woman’s life,” Lisa Sbuttoni, with Captiva Cruises, said in a prepared statement.

Holaway became a captain in 1995 and began working at Captiva Cruises in 1996. He said he really enjoys traveling to Cayo Coasta and meeting different people on the cruises.

Laney received his master’s license seven years ago and began working at Captiva Cruises three years ago. He said he began working on boats at the age of 13.

Laney loves being on the water because every day and every trip is different. 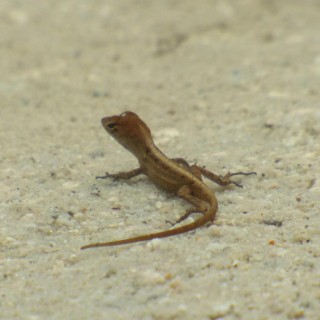 Shortly after returning to Southwest Florida from NE Tennessee, I was offered another dream job - the editor of the Sanibel-Captiva Islander on beautiful Sanibel Island. This position has given me the opportunity to explore this island on a more intimate basis, which has taken my love for writing to yet another new level. This blog is dedicated to many of my favorite published articles.